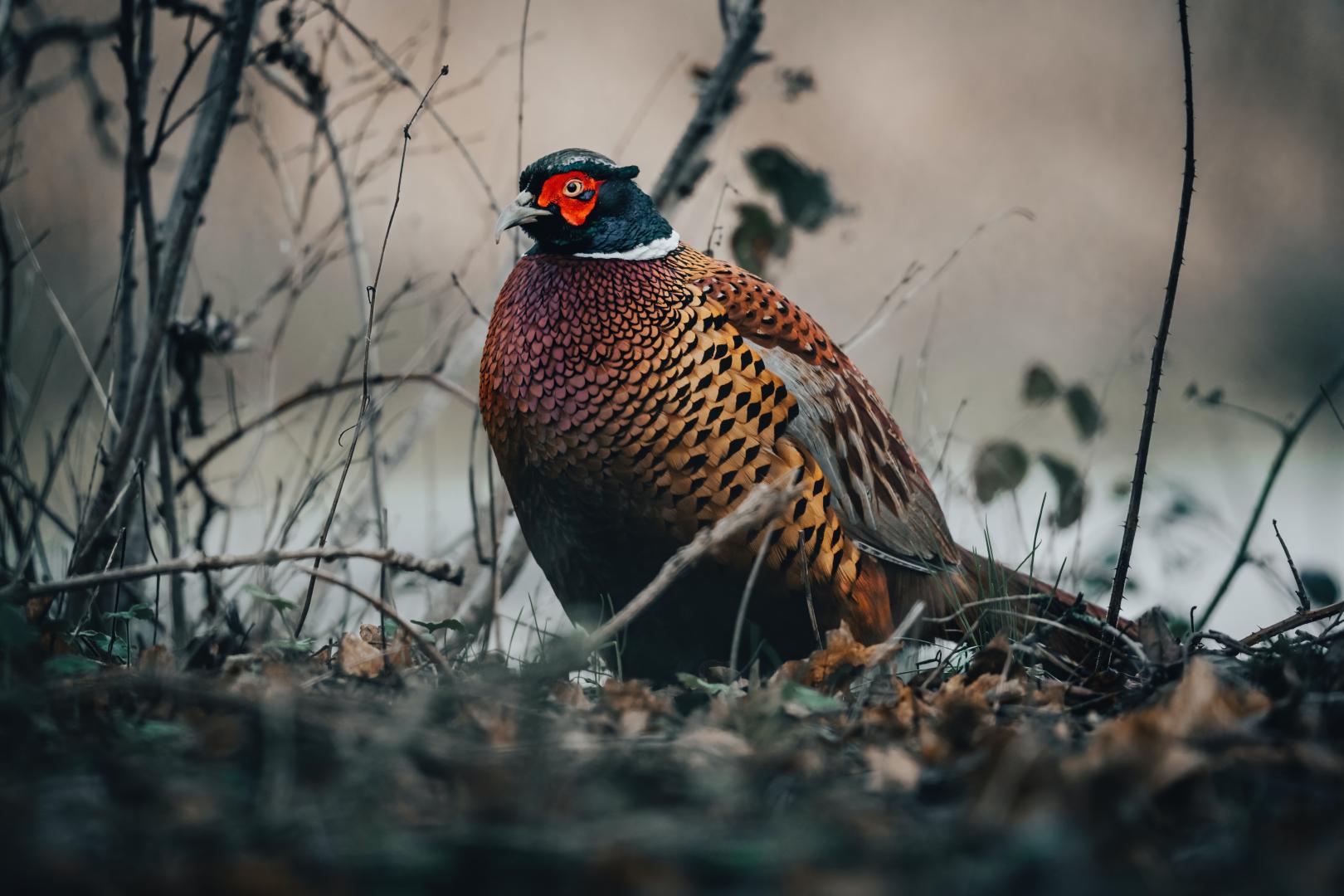 The reason for artificially rearing pheasants

So why do we breed these birds?

The answer is short and simple: we want more birds. And as pheasant rearing is very similar to any other modern poultry production, it makes it very easy to breed them.

There are three reasons why we want to increase the number of pheasants.

As pheasants are an introduced species from Asia, establishing a new population is nothing new and has worked proved successful. Increasing the numbers for more shooting opportunities is a little bit risky, but trying to stop the decline of the wild population is a different story. We first need to take a look at the overall situation in the UK.

Pheasant rearing in the UK

The number of released pheasants per year is around 34.9 million (BACS, 2015) to 40 million (PACEC, 2008), with a total number of 15 million pheasants being shot annually (GWCT). So, what happens to the other 20-25 million? And how many of these birds that are shot are wild pheasants?

However, according to the GWCT, the wild pheasant population, like other upland game bird populations, is probably decreasing. Therefore, although we have hand-reared and released pheasants for hundreds of years, we need to take a closer look at the negative sides of this practice.

The effects of hand-rearing pheasants

What happens after releasing?

Let’s start with the last and most important step first: releasing the pheasants.

So, what exactly happens to the birds after we release them into the wild?

After release, a lot of birds disappear. We might think that they dispersed to neighbouring areas to live a happy life, but nothing is further from the truth. To put it plain and simple: a missing bird is normally a dead bird.

Research shows that 65% of the birds die in a week and 80% within a month (Hill & Robertson, 1988). The mortality rate only increases as time passes and can be up to 95% by the following year.

This is because pheasants are very vulnerable to predation. The main predator is the red fox. Other predators, like birds of prey, can also cause danger to the birds.

In addition, raised hens have smaller home ranges (the area in which the animals live). Both sexes move shorter distances during spring dispersion and have weaker adaptation to the environment.

This all results in the survival of only a very few birds until the reproductive season starts and even fewer survive until the end of it.

Pheasants are short-distance fliers, as they prefer to run. Their flight speed is only 43-61 km/h when cruising but can be up to 90 km/h when they are chased.

However, can we state with any degree of certainty that the artificially raised pheasants fly worse?

Yes, we can. Research shows that hand-reared pheasants have bigger bodies, which reduce their flying ability.

The reasons behind this are the rearing methods and environment, their lack of practice during rearing and their changed behaviour. The latter means that during rearing, the birds lack aggression (as wild pheasants are naturally aggressive) and physical movement.

This results in raised birds walking instead of flying, which makes them an easy target for predators and an unethical target for shooters (we should only shoot birds when they are flying).

Returning to the lack of aggression in reared birds, this is caused by the rearing technology. As artificial breeding selects against natural traits (genetically determined characteristics), the aggressive birds are removed, as they are more difficult to handle.

The animals are selected based on the increased egg-laying and better survival during handling, and not on aggression like they would in the wild.

Wild pheasants live alone or in small groups. During the rearing process, this is not the case. The birds are kept together in large groups in small voliers.

The birds suffer behavioural defects because of this. Due to a lack of imprinting (learning process of young individuals), base reflexes, stimuli and feedback, the animals show abnormal behaviour.

Decrease in the wild population

This is when rearing pheasants and releasing them becomes risky. Namely, releasing these birds can damage the wild population as they outcompete wild pheasants.

The hand-reared birds will choose the good habitats, which leaves the bad habitats for wild birds. The performance of the wild pheasants is therefore reduced.

Also, as the instant release of birds attracts a lot of predators, this also jeopardises the natural population.

Finally, wild birds are shot together with (instead of) hand-reared ones. When the birds are released, the percentage of the population shot increases and thus leads to overshooting the wild population.

This decreases the wild populations even further and leaves the reared ones to live on, but as the quality of the birds is low and the mortality is high, not for long either.

Consequently, we have to understand the effects of hand-rearing pheasants in order to not damage the wild population any further.

In order to increase the wild population, we should not release hand-reared birds randomly and blend them with wild ones. Instead, we need to be more responsible and focus on the habitats and potential predators.

When we focus on habitat management and predator control, other upland game species like grouse and partridge can benefit from these management actions as well.

Additionally, lowering the number of released pheasants would benefit the environment as it lowers the pressure of the sudden increase of birds on the landscape; it would lower the financial costs and take away ethical concerns over the release and shooting of hand-reared pheasants as well (Madden et al., 2018).

Reviewing the rearing technology and moving towards a more natural way of rearing pheasants could also go a long way.

Last but not least, by collecting data and through continuous monitoring of the wild population can we manage the existing game more responsibly.

This is where HAMS comes in handy. As it helps to record numbers and events very easily, we can follow our management actions and manage game in a sustainable way.

Only in this way can we shoot responsibly and ethically, without putting the wild pheasant population at further risk.