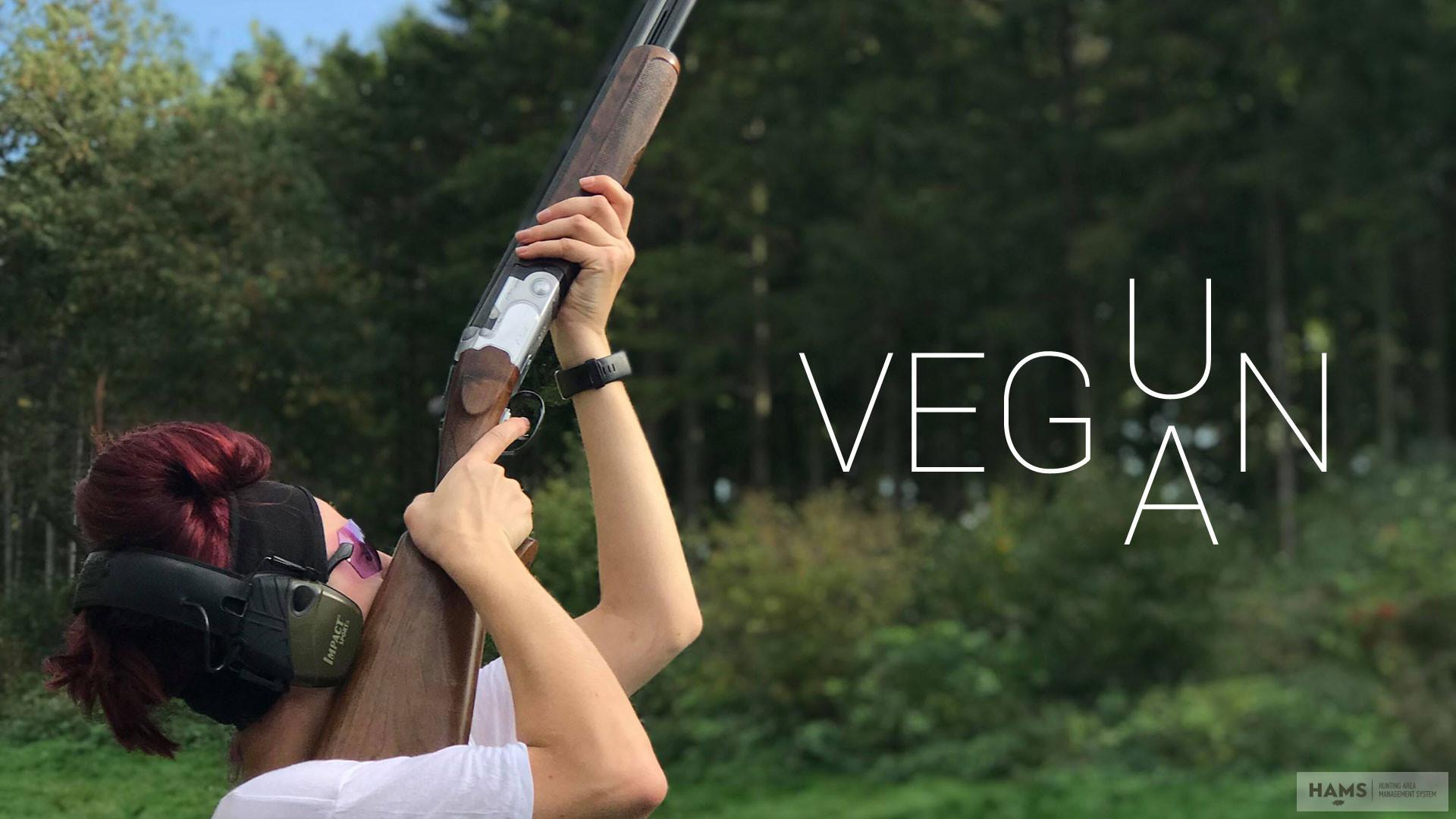 I don’t belong or, the world of hunting is not for ‘people like me'. At least that’s what it seems some people believe.

The reality, of course though, is that hunting is a necessity for everyone, whether or not people want to admit it, and I feel very strongly, as someone who chooses to live a vegan lifestyle, that I should be informed about what that means.

Cue my journey into hunting.

The very word ‘vegan' evokes so many responses and, unfortunately, more often than not, not particularly positive ones. This seems especially true for those who are involved in hunting. This is understandable, of course, when the only real press veganism gets is associated with anti-hunting campaigns and extremist objectors.

However, like all press, you only get one side of the story.

Hunting, historically, has also not had good press, increasingly so in recent years. Yet the hunters I have had the privilege to meet, speak with, and on some occasions befriend, are not as the press would have them portrayed.

So what, you might ask, am I a vegan, doing associating with hunters?

It’s a question I am frequently asked and one which I find very easy to answer.

Just because someone has a different view to me or chooses to live their life in a different way doesn’t mean I shouldn’t associate with them. The overlooked reality that I have come to understand is that I actually believe a lot of the same things as hunters.

Nature cannot fix itself whilst humans are present, therefore, we have to take responsibility for the past actions of others and strive to improve the environments and habitats which may have been affected by our own ignorance.

This I believe is where some of the work of hunters actually aligns with my own opinions.

Speaking to a hunter recently the notion of harmony arose. He assumed that my concept of harmony would be where humans live alongside animals and nothing dies, because as a vegan I don’t see any difference between humans and animals.

Whilst I am only able to speak for myself, I know humans and animals are wildly different.

There are some similarities, of course, but for instance I'm fully aware that my dog is a dog and has different social and emotional needs to me as a human.

So harmony for me is the balance of humans and nature.

Everything must die at some point, but the main area of concern for me is the how and why this happens.

Here is where I believe the crossover occurs; hunting contributes to that rebalancing of nature and that can only be a good thing in my opinion.

We sadly no longer live in a world where ecosystems run themselves and it would be irresponsible of us to sit back and be non-reactive. We can only affect the future, what happened in the past is out of our control and we cannot go back to a historic way of living.

We must, therefore, act in the most conscientious way we can.

The knowledge available to us now, sometimes as a result of those past mistakes, is huge and I believe responsible hunting plays a big part in that, which is why I support it.

I have spent a lot of time researching, reading, understanding a way of life which should be, and was, completely alien to me. However, conversing with people of differing opinions can only serve to make us question our own views and that is never a bad thing.

We all have the ability to open our eyes and minds to things outside of our norm and I would encourage more people to do so.

Spark up a civilised conversation with someone who has an opposing view. Explore the other side of things. Sometimes you will validate your own thoughts and sometimes you will learn something new about yourself, about the world, about someone else.

None of us have all the answers, sometimes there are many answers to the same question, but one thing which is overwhelmingly apparent to me is that we should all have the same end goal; to protect the planet.

This is the common ground which unites even the most opposed of us.