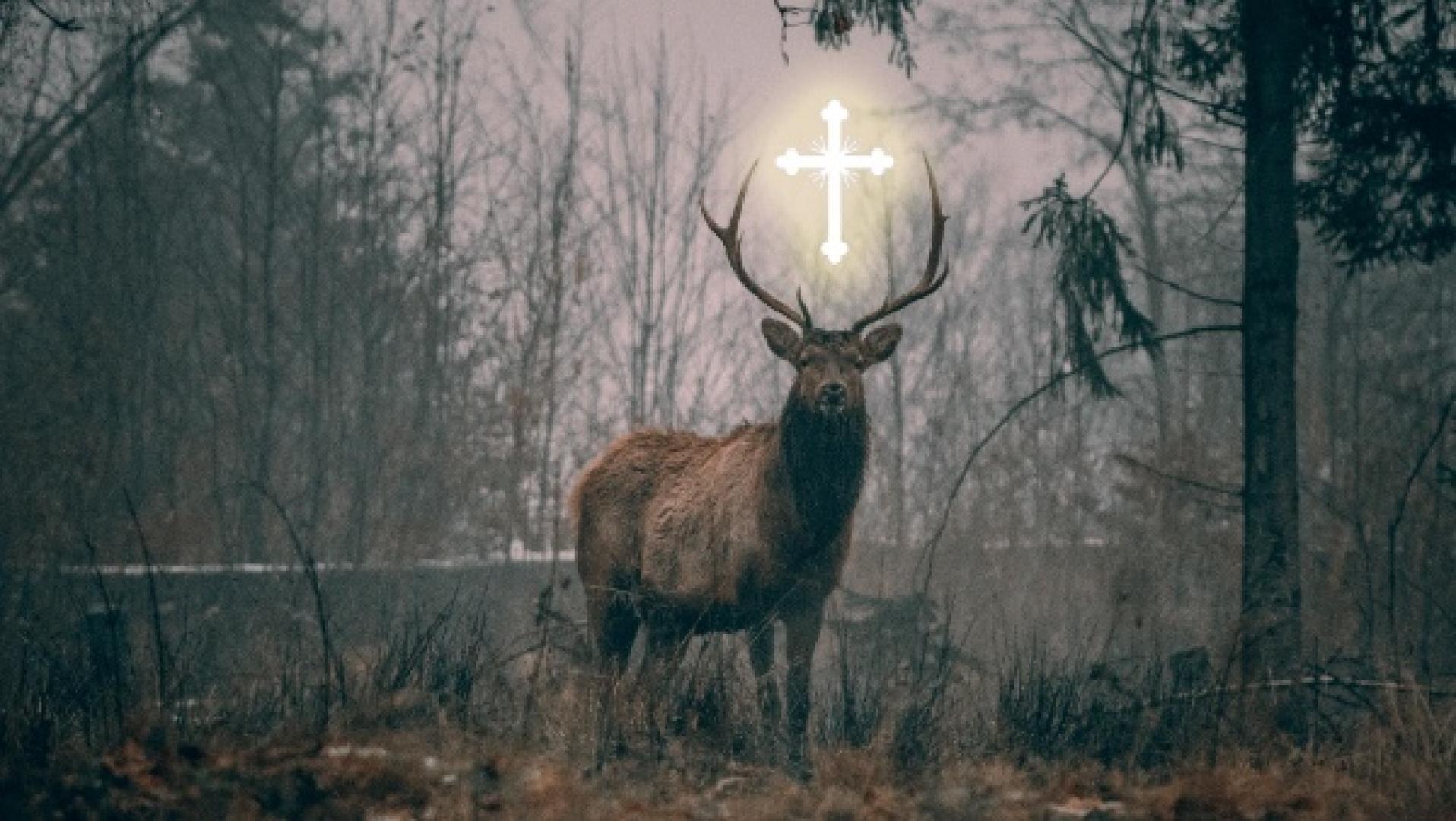 Who is Saint Hubertus and why is he the Patron Saint of Hunters?

You may have seen lots of images today of a hunter or man faced with a deer with a crucifix between its horns. This is an image of Saint Hubert (or Saint Hubertus).

For those of you don’t know, and I know a lot of you have asked about this today and last year when we shared a number of images, St Hubert is the Patron Saint of Hunters.

The 3rd of November is St Hubert’s feast day.

St. Hubert’s Day is celebrated across central and eastern Europe as well as in some parts of North America.

Special masses are held and blessings are bestowed by the priest to hunters and their dogs for a safe and successful hunt.

What do we know?

St Hubert was born into a noble family around 656 A.D, near Toulous, in what is now modern day France.

Like many nobles of the time, Hubert would have been a hunting enthusiast.

One version of the legend has it that when Hubert's wife died giving birth to their son, his grief led him to leave the court and withdraw into the forests of the Ardennes where he gave himself up entirely to hunting. Another version has it that Hubert was in the forest hunting when he should have been in church.

Either way, the legend goes that on a Good Friday morning, whilst other faithful would have been in church, Hubert was out hunting in the forest.

Whilst pursuing a majestic stag the animal turned and Hubert was astonished to witness a crucifix floating between the stag’s antlers.

Hubery is then supposed to have heard a voice tell him: "Hubert unless thou turnest to the Lord and leadest a holy life, thou shalt quickly go down into Hell."

Hubert dismounted from his horse and immediately prostrated himself asking "Lord, what wouldst Thou have me do?" to which he was told, "Seek Lambert, he will instruct you."

This legend involving the stag originally appeared in one of the later legendary “hagiographies” and was taken from the legend of Saint Eustace and latelery attributed to Saint Hubert sometime in the 15th century.

What’s this got to do with respecting nature?

In short, fair chase is often said to have originated from this legend and St Hubert is often cited among sports hunters as being the originator of ethical hunting.

In some versions of the legend, the stag is supposed to have lectured Hubert about regarding animals more highly and to have compassion for them with a value in their own right.

What is fair chase?

This is an important one, and many people’s definition will vary but in essence and in short fair chase is an ethical and lawful approach to hunting.

The longer answer as taken from the Boone and Crockett Club (one of the oldests recognised wildlife conservation and hunting clubs):

Fundamental to all hunting is the concept of supporting the conservation of natural resources. Modern hunting involves the regulated harvest of individual animals in a manner that conserves, protects, and perpetuates the hunted population, known as sustainable use. The hunter engages in a one-to-one relationship with the quarry and his or her hunting should be guided by a hierarchy of ethics related to hunting, which includes the following tenets:

Additionally, a large volume of the fees generated from permits, licenses and taxes go toward wildlife conservation as well as supporting rural communities.

Hunting keeps animal populations in balance to their habitats as well as helping to manage growing numbers of predators.

Hunting supports literally millions of jobs and rural communities around the world.

And if that wasn’t enough, with so much conversation going toward where our food it sourced game is the healthiest, most environmentally source of meat.

So, Happy St. Hubert’s Day, everyone!