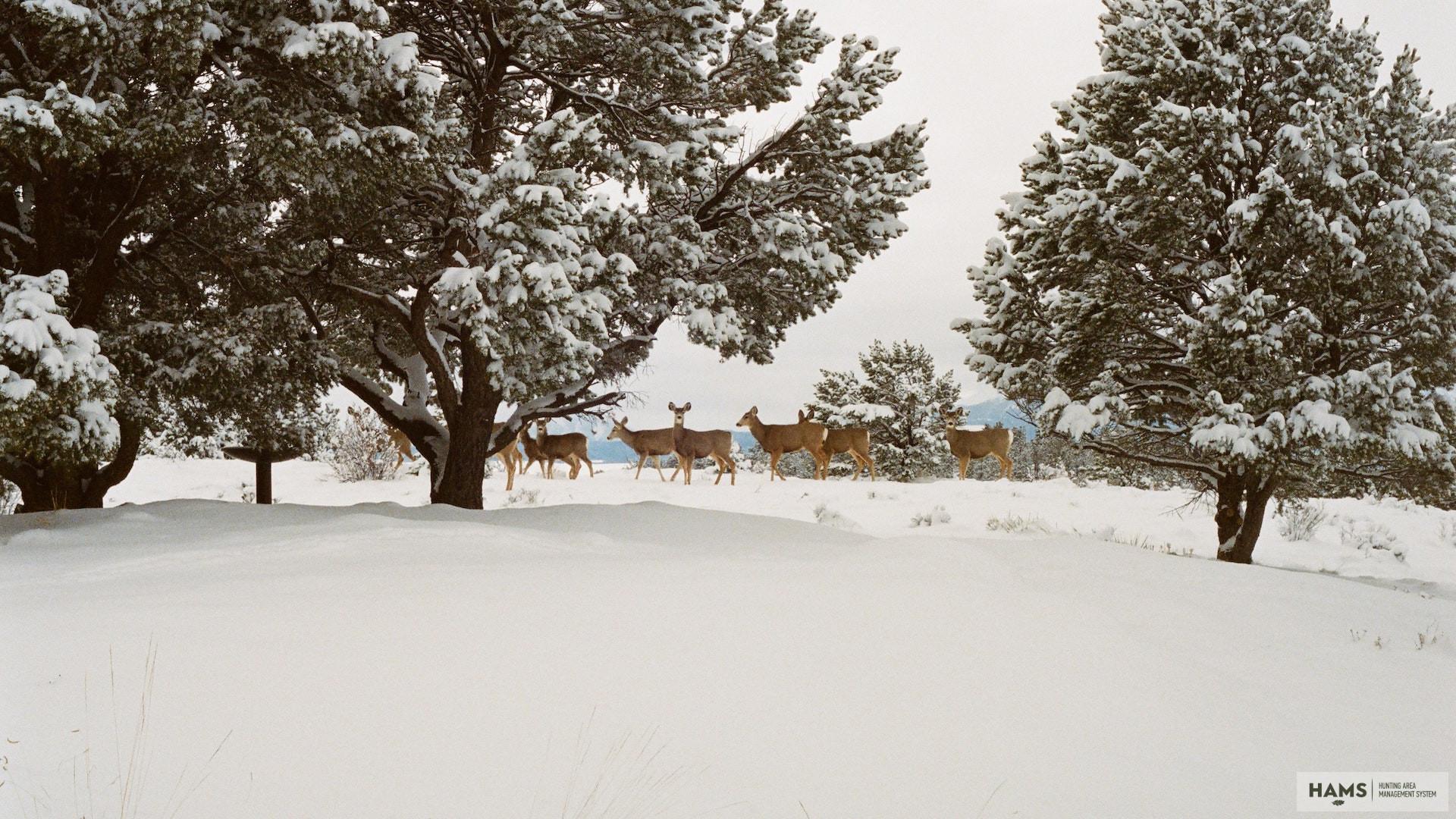 These two words might seem contradictory together but let me clear this up.

Ethical, controlled and regulated hunting is the most efficient method of population control.

If the number of animals in a specific area reaches or exceeds that area's capacity, the animal population starts to consume more than the environment can provide and the area starts to become depleted. The given population grows on and collapses after reaching a critical level. This happens due to the lack of resources, heavily decreased health of the species as well as many other reasons.

In order to prevent this, nature controls populations through many different methods. One of the key methods is predation. Simply put, carnivores and omnivores hunting their prey.

Over the past few centuries humans have fundamentally changed the planet’s ecology by thoroughly decimating the population numbers of large carnivores. This was done for number of reasons to protect our own lives, to protect the lives of our animals and to protect our values . Subsequently, these predators are no longer able to fulfill the ecological task of population control in many places around the world, and therefore it remains for humans to do so.

This is where hunting comes in.

The primary goal of ethical, controlled, and sustainable hunting is to secure the balance of nature by regulating the number of game species. There have been several experiments that looked for "non-lethal" methods of population management (relocation, birth control with the use of chemicals,, etc.), but none of them have proved successful in the long term.

Hunting is still the only proven, successful method. This is how Mother Nature does it and trust me, she knows better...

But, sustainable hunting is not just about reducing numbers or keeping populations at certain levels. That would be very easy. Game management, done properly, is also about following the rules of ecology with professionals trying to maintain and enhance the quality of a given population by taking into consideration the characteristics and capabilities of their respective habitats.

This is called culling, which involves harvesting specimens which are ill, weak, or don't have the proper genetic heritage to pass on to future generations. All whilst making sure to protect the healthiest specimens, letting them live and reproduce for as long as they can. At an old age they also have to be removed from the population in order to prevent them dying of a disease or from hunger. This is because without predators removing old animals from the population they often starve or get sick, which can result in a long and painful death. They do however have the best chance of passing on their genes and enhancing the whole population in both terms of numbers and quality. This is an example of natural selection by humans instead of large carnivores.

Hunting in a sustainable way also means that you only take as much as needed and as much as the habitat and the population can regenerate. You have to find this balance in order to sustain a healthy game population. True hunters always practice self-discipline and moderation when it comes to bringing down animals.

Only taking the needed amount of game brings us to ethics in hunting. This is very important as bringing down an animal ethically is the other key of ethical hunting. This means to kill as quickly and cleanly as possible without causing any unnecessary suffering to the animal.

That is what hunting ethics is about: taking only as much as is needed and doing so in as cleanly a way as possible. As well as this we should also hon or the sacrifice of the animal. Whether hunting for meat, for the trophy, or simply for game management, you have to treat every animal with respect. There are a multitude of different methods for showing respect, and many different hunting traditions.

Sustainable, ethical hunting based on the laws of ecology is the key to sustaining game species on a long term basis. It controls population numbers, enhances the quality of the population and allows the animals to thrive. This means that sustainable hunting is also able to increase the number of game in an area, whilst poaching, or bad hunting practices, ignorant of the ecological rules will result in damage to a population both in the short-term and long-term.

In order to plan and execute game management properly you need to take many things into consideration and gather a lot of data to help you make the right decisions. For this a system like HAMS is essential.

There is one thing that many people forget about when talking about sustainable hunting: no game or any other population on this Earth can be sustained in the long-term without its proper habitat. Therefore, in order to maintain game, its habitat has to be managed accordingly as well.

There are many and successful examples of what we have talked about here. One of these is the work of Allan Savory and his team, the coworkers of the Savory Institute (www.savory.global). They apply a method called Holistic Management where they use big herbivore game as well as livestock to manage degraded grasslands by carefully observing and following the rules of nature and turning these into flourishing areas. Thereby, they produce goods from game and livestock (meat and other products), heal the land and also help to fight climate change by building up carbon in the plants removed from the atmosphere. This is the most advanced and beneficial sustainable game and landscape management system we currently know of.

(Photo is provided by Malidated Van)