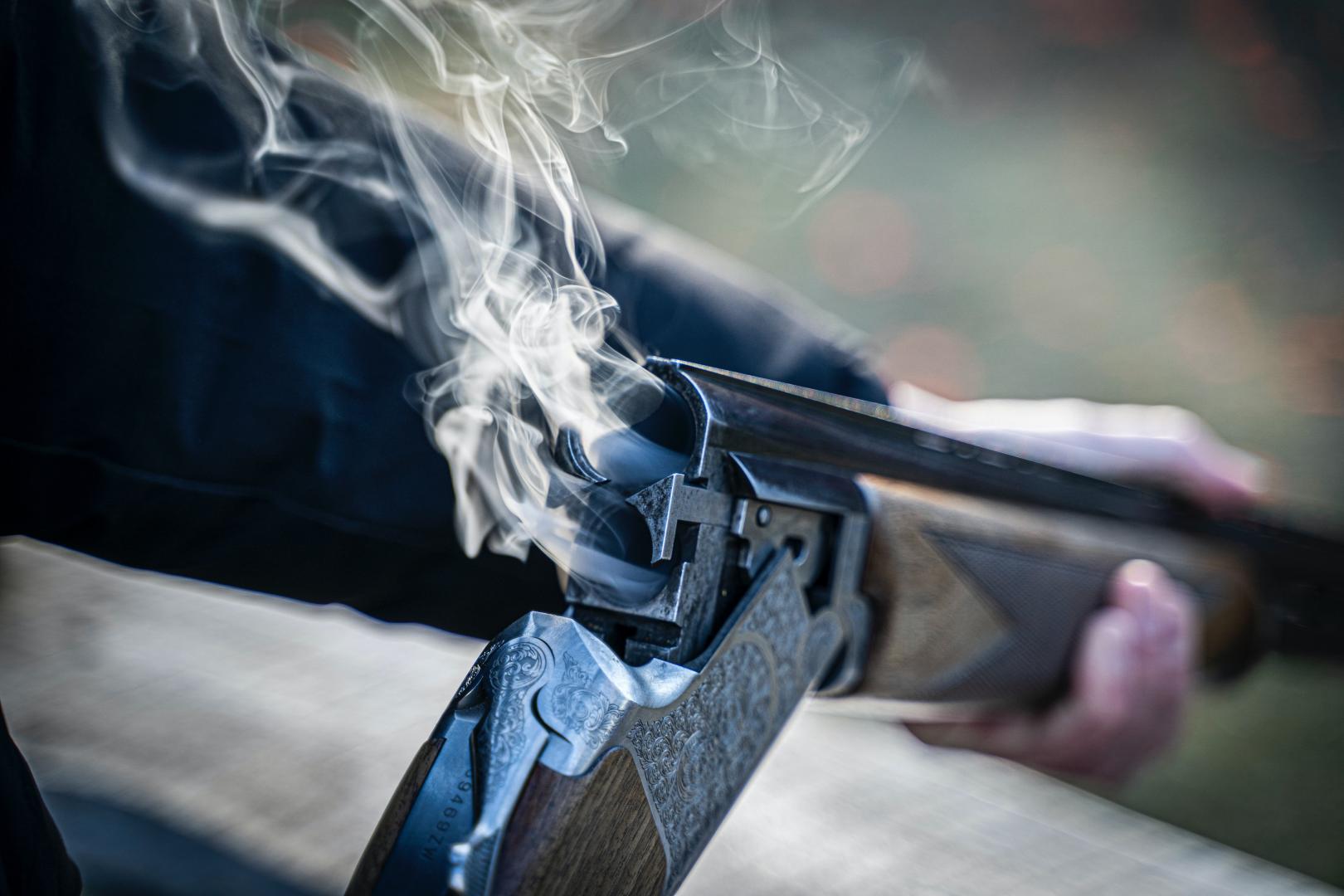 The Science Behind the Shot: Deer Physiology During Hunting*

Many things need to be considered during hunting, but what actually happens to the animal after we take our shot?

Dr Joe R. Bumgardner, a surgeon and hunter in the United States, shared his expertise in surgery whilst explaining the physiology of harvesting deer on a recent episode of the Deer University podcast of the Mississippi State University Deer Lab.

Following Dr Bumgardner’s advice, we can increase the success of our harvests by understanding deer physiology and applying this knowledge in the field.

What follows is a summary of the episode of the podcast.

To start with, and it may seem like a somewhat easy question, but what actually causes an animal to die during hunting?

Overall, the causes of death can be classified into different groups with shock and organ failure at the top of the list. We can distinguish several types of shock during hunting.

The most common type, mainly when hunting with archery, is a hemorrhagic shock. This means blood loss on an acute basis; acute means 3-4 minutes up to 30 minutes before the animal loses an appropriate amount of blood to demise.

Moreover, if a big game animal is hit in the vital zone (heart and lungs), and the misle hits both lungs, then this is referred to as a bilateral lung collapse. In this case, often the heart is hit as well and then there is a combination of hemorrhagic shock with both lungs collapsing. In physiology, this is referred to as a mismatch between ventilation and circulation and is fatal.

Another form of shock is spinal or cerebral shock. This is when the animal is hit in the spinal cord. However, sometimes we miss the spinal cord but energy is still transferred to the spinal cord, which causes temporary dysfunction in the animal. This looks like an animal that went down but then, after it regains function, gets up and runs off. Therefore, in the case of a spinal shot, a second shot should be taken as well.

This type is also completely lethal like the hemorrhagic shock but comes from an abdominal shot placement. In this case, spillage of the intestines into the abdominal cavity causes bacteria to come into the bloodstream and therefore, kills the animal from an infection or septic shock.

The demise, in this case, can take 5-10 minutes or up to 2-3 days, depending on what part of the intestine is injured, the colon content, and the bacteria content.

The higher the bacteria content, the faster the demise.

When we talk about hemorrhagic shock then it means that the circulatory system is not sufficiently supplying oxygen to the vital organs. Therefore, acute hemorrhagic shock is in direct proportion to the blood volume of the animal.

Let me explain this with an example.

An adult white-tailed doe has around 30 ml of blood per pound of body weight, if we hit a vital organ and it starts bleeding, the amount of blood it needs to lose to be immobilised is one-third of its normal circulatory volume. So when the animal loses one litre of blood it will be immobilised. As the animal goes into shock, less blood will flow to the brain and the animal will start staggering and will eventually die.

When the animal starts to show unusual behaviour (e.g. running into branches), this is called cerebral ischemia, which is a poor blood supply to the brain.

However, the loss of blood is not always external, because internal blood loss often happens.

When we hit the lung area in the lower third, there will be an entrance and exit hole where the blood will leave the organs and pour out to the ground, leaving a blood trail. However, when we hit the animal high, then the blood usually fills up the body cavity first before it spills to the outside. This can be seen on the trail, where the blood appears much further away than when the animal was hit.

What would be the ideal shot placement when hunting big game, like deer?

The ideal area is when the animal is standing broadside, and then right behind the shoulder blade, which would be a heart/lung shot. This would be the ideal area for both archery and firearms.

Interestingly, placing the shot right behind the shoulderblade will cause the same death when using archery and firearms, however, when hit with a bullet the animal runs 30 yards less than it would when it is hit with an arrow.

However, if we hit the shoulder blade instead when hunting with archery, then it would take longer to absorb the kinetic energy. Therefore, there would be a very poor penetration resulting in a not full lung or heart shot than we would have in the case of firearms.

This is because shooting with a firearm causes a slightly different type of death under certain circumstances.

On the other hand, if we would hit the shoulder blade with a firearm that has high kinetic energy, then the energy is transferred to the other organs around it and is lethal, making it a very good shot placement.

Which is better? The perfect lung shot or the perfect heart shot?

The short answer is the heart shot. This is because the animal bleeds out quickly when either the atria (upper chambers) or the ventricles (lower chambers) are hit. In the case of hitting both lungs, you may not have the so-called “Ray Charles” blood trail - a blood trail that even a blind person can follow.

There are situations where we shoot the animal in a place where we would expect the animal to die slowly but then to our surprise, the animal still goes down quickly. This can be the case when we hit the liver.

The liver is an antrum abdominal organ and you cannot hit the liver unless you enter the abdominal cavity, this includes all the intestines. So other organs are always hit as well. If it’s a major shot, meaning when the portal vein and portal artery is hit, the animal quickly dies as this artery is under high pressure and quickly loses blood.

However, if you do not hit any major arteries, the animal collapses but still lives, like when we hit the animal in one lung. In the case of a liver shot, the liver spills bile (pancreatic juice), which is very irritating, into the abdominal cavity. Therefore, because it’s very uncomfortable for the animal, it just walks off and lies down a little further away.

Finally, depending on the magnitude of the vessel injury inside the liver, it determines how long it takes to actually die.

But what is kinetic energy?

By not diving too much into physics, shortly explained, kinetic energy refers to the amount of energy resulting from motion and mass. When an arrow or bullet is fired, gravity will pull it down the further it goes down its range, reducing the impact it has on the animal.

Therefore, the heavier the missile, the more kinetic energy there is. Overall, it takes around 21 to 45 Joules of kinetic energy at the point of impact to pass through any large-sized animal.

Body movement after a shot

There are certain telltale signs that show the hunter where the animal was hit based on the movement of the animal right after firing. The main areas that are shot are the heart, lungs, abdominal area, and spinal cord.

When we hit the heart, then the heart sac (what covers the heart, referred to as pericardium), which has a nerve innervation, will cause the deer to do a bronco kick. This is when the animal kicks both hind legs and then jumps completely off the ground before running off.

In case we hit the abdominal cavity, also called a gutshot, the animal will hunch up, stop, and then slowly walk off in a hunched position.

Another category is the spinal shot, and this is a more complicated one as the behaviour mainly depends on how high on the spinal cord the animal was hit. Usually, the animal falls to the ground, but if, for example, we hit the middle of the spinal cord, then the headquarters paralyse and the animal spins around with its front legs. Either way, the animal should get a second shot.

The lung shot is also a bit more complicated. When we hit both lungs, the animal might react like it wasn’t even hit. However, there are situations when we only hit one lung. What happens then?

However, if only one lung is shot, the animal can still live as the blood is oxygenated by the other working lung. The pulmonary circulation is still one-sixth of the systematic circulation unless we hit a medium to large pulmonary artery or vein. Then, when only one lung is sot, the animal does not die from ventilation insufficiency but dies from circulatory insufficiency.

Therefore, this is when a one-lung shot can be lethal when the bleeding is exceeding one-third of the animal’s total blood volume and makes the animal go into hemorrhagic shock and die from insufficient circulation to oxygenate the organs.

This situation can happen when we shoot the animal when it is facing us and we do not penetrate the shoulder blade.

Interestingly, a white-tailed deer can go at a high speed of 30-35 miles per hour. So, it will take 10 to 12 seconds for an animal with a heart shot or double lung shot to bleed out, if the animal has a huge quick bleed as opposed to a slow internal bleed, then the animal can actually run for up to 20 seconds before it bleeds out.

Therefore, if the animal runs for 20 seconds at 35 miles per hour then the animal can run for 300 yards. So even if we manage to make a nice, humane shot, the animal can still run the length of three football fields. Sometimes they leave a visible blood trail but also there are times when they do not, which makes it harder for us the find the animal.

Overall, hunting is not black and white. As hunters, we should always strive for a humane outcome and make sure the animal suffers as little as possible. Although there are situations where we think we had a perfect hit, and think that there is no way the animal will survive… but then they do. This just shows how much nature can still surprise us.

*We appreciate the word “hunting” can be a divisive word and although in some regions the term more commonly used is “deer management” “hunting” is still the most commonly used word internationally.