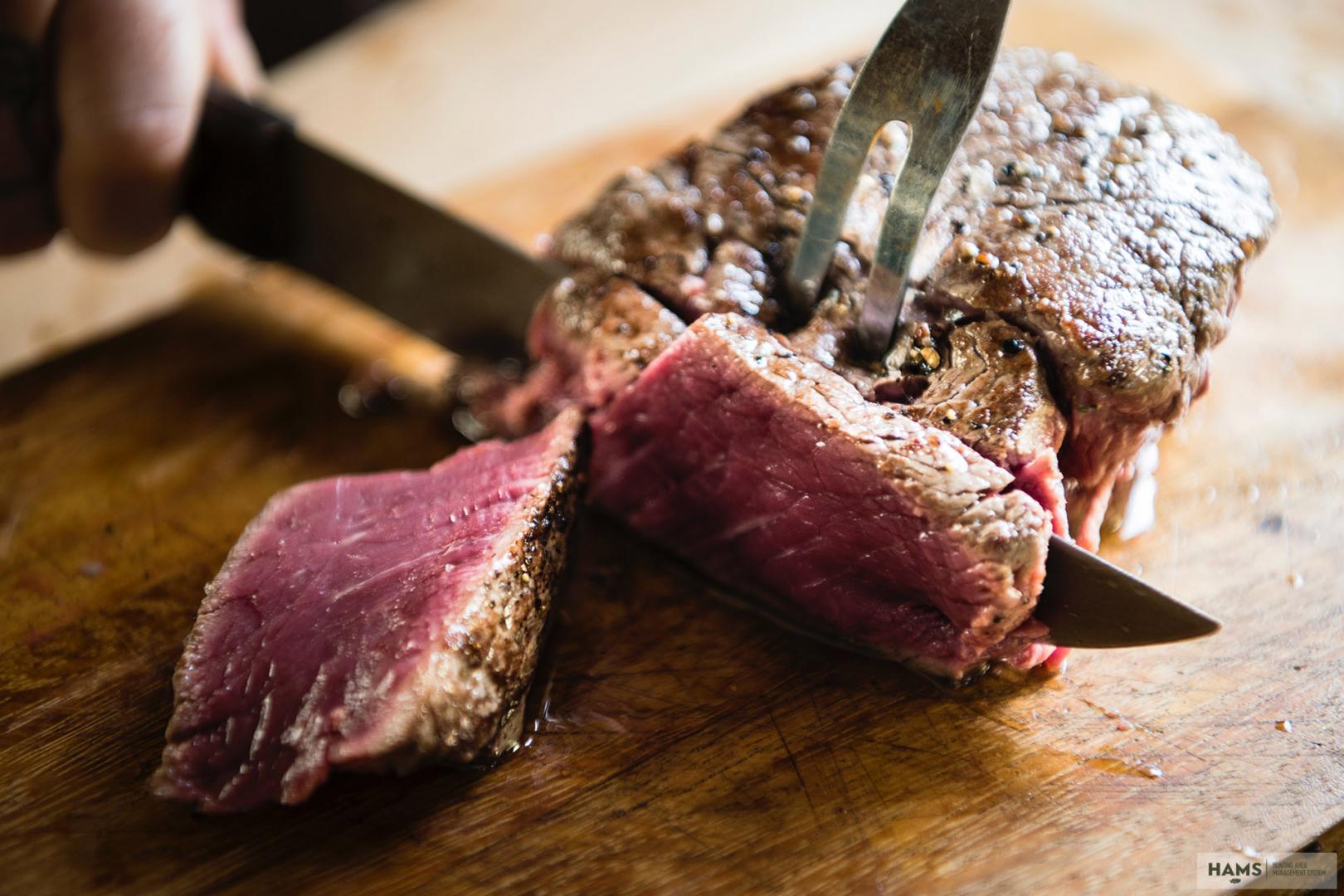 Just a few of the reasons why Game Meat is great!

Game meat is good. Not only does it taste awesome but it’s also good for your health. Let’s take a look why!

Firstly, game lives freely in Nature. It eats what it finds and what its instincts dictate: and that’s a diverse diet containing various kinds of grasses, herbs, buds, seeds, acorns, bark, leaves as well as many other things. That sign on the food you buy at the grocery store, Free Range. Well, all game meat is free range. No label required. It has lots of exercise, lives according to its instincts and its true nature, which also ticks the “happy animal” box.

Secondly, game meat contains no carbohydrates, and has more protein and a lower fat content compared to the meat of your average livestock: in average venison has 1.4%, beef 2.0% and pork 4.9%. The type of fat is also different. Whereas, meat from general livestock often contains high levels of saturated fat, game meat has an estimated five times the polyunsaturated fat content compared to the meat of domesticated animals.

The calories in venison either come from proteins or from fat, since it contains no carbohydrates at all. Therefore, it’s a great source of lean protein. A 3 ounce serving (approximately 85 grams) of game meat contains 24 grams of protein compared to the 22 grams found in pork.

As well as all this, Game meat also has a very good balance of omega-3/omega-6 fatty acids. Omega-6 is pro-inflammatory and omega-3 is anti-inflammatory. Guess which one is better for your health? Venison contains much more omega-3 and much less omega-6 than the meat of livestock.

Another benefit of game is its price: if you not buying it at a fancy restaurant but rather are hunting it yourself, game is quite cheap and a good option to fill your freezer.

This also keeps you fit not only because the nutritional value of game meat is higher but also because to hunt you have to be outdoors which usually also involves a good amount of physical exercise.

Game meat is rich in iron, which helps you keep your circulatory system healthy and it keeps your energy levels high.

Since it is organic, venison and other game meats provide a viable alternative to for people suffering from various food allergies.

Now let’s do a detailed comparison between the two most common types of meat from game and livestock: deer and beef. Let’s see how they compare in nutritional value!

In the chart below you can see the nutritional values of each meat and the daily value percentage of an average person based on a 2000 calorie a day diet.

Most dieticians recommend lowering red meat consumption as much as possible. Well, if you don’t want to ditch that heavenly steak from your diet, it is highly recommended to switch beef for venison.

Cover photo by rawpixel.com from Pexels