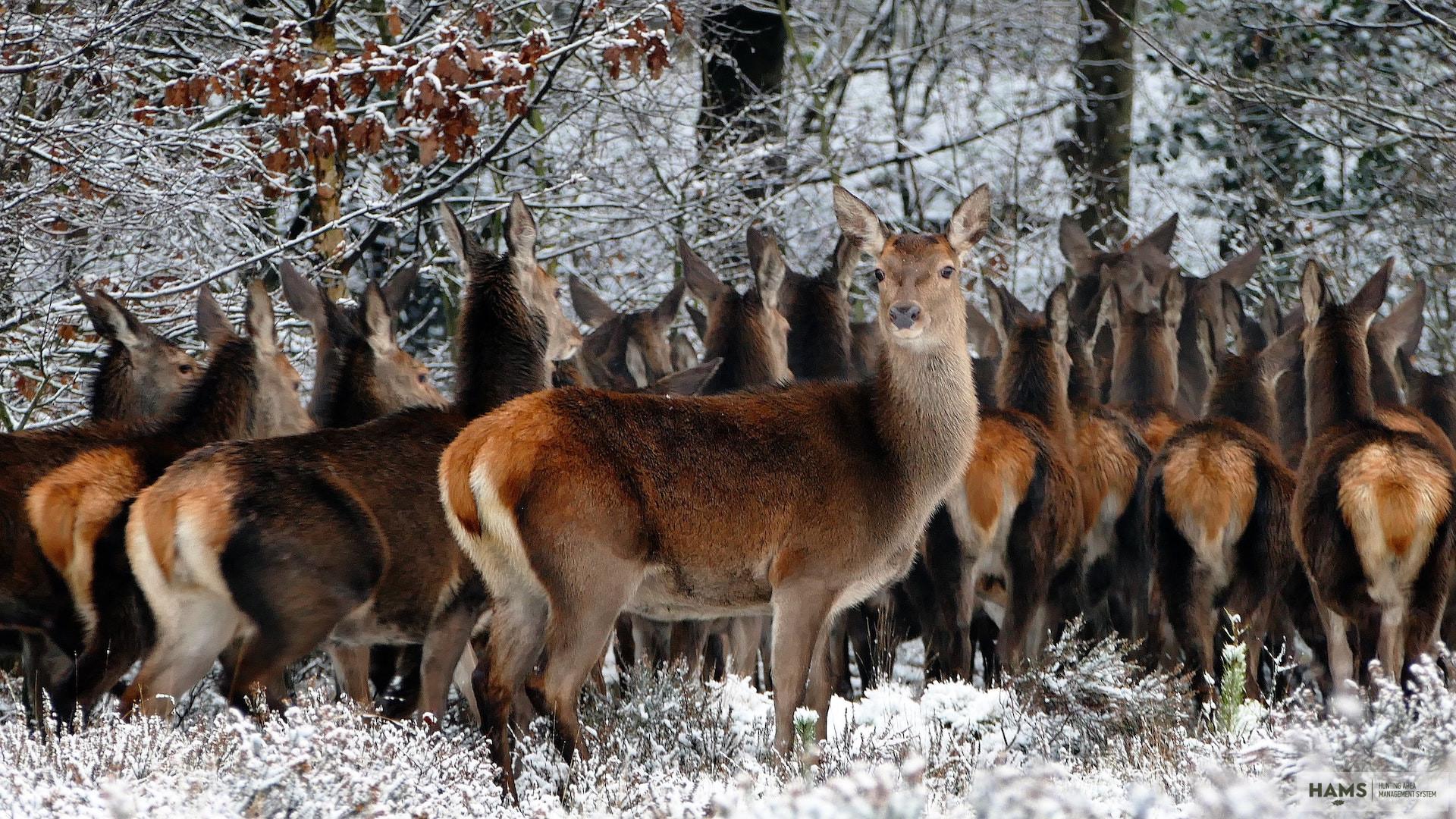 Austria is located in Central-Europe, and a great part of its territory lies in the Alpine region. European deer species, especially red deer are native to the country, and deer are and always have been of great importance.

Due to the relatively rapid expansion of human settlements, especially in recreational areas of the country (mainly ski resorts), as well as changing silviculture practices and increasing demand,, red deer populations and management methods in Austria have been through significant changes over the course of the last century.

The natural movement of red deer upwards into the mountains in the summer to alpine meadows and then downwards in wintertime into forested areas has become more and more disturbed by the introduction of human facilities: ski slopes, ski lifts, roads, highways, railroads settlements and others.

In heavily cultivated areas like this there are usually a number of professional groups managing the same piece of land. These different groups normally have different interests:

In order to satisfy everyone, a number of management methods have to be put into practice.

In Austria red deer are heavily aided during wintertime with feeding and by keeping many animals in winter enclosures (these are called “Wintergatter” in German).

The Wintergatter are large fenced areas established into which the deer are led by feeding. The gates to the Wintergatter are closed in mid-winter and are not opened again until the end of spring. In this way the herds of deer are continuously fed and kept in place.

Not every game management unit follows this system, but it is common in many parts of the country. The goal of this management method is to keep population numbers high enough to ensure hunting success and appropriate wildlife management besides keeping silvicultural damage as low as possible. As well as this, winter enclosures help deer survive emergency situations such asthe heavy snowfall during the winter of 2018/2019.

The first “Wintergatter” was established in Styria in 1951 and today there are more than 130 in just that province.

These enclosures have to be big enough to be able to sustain significant numbers of deer (at least 0.3 to 0.5 hectares per animal, and the minimal area of a single facility is 20 hectares).

Keeping red deer in this “semi-domesticated” manner throughout the rougher half of the year has several impacts on the individuals and the population itself, not to mention the wildlife management aspects.

Deer were able to survive harsh alpine winters before human started to manage the populations this way however the landscape was very different then and not so heavily altered. There is ongoing debate about whether winter feeding and winter enclosures are necessary or economically and ecologically viable. Still, everyone agrees that the game capacity of the Austrian landscape has shrunk significantly, so in order to sustain higher population numbers intensive management measures have had to be taken. If not, these numbers would quickly be decimated by Mother Nature.

Although, feeding and Wintergatters help deer survive the winter they can also be counterproductive from a game damage point of view since a high density population concentrated in a small area can cause significant silvicultural damage. For instance, if the deer start to feed on the bark and buds of trees in order to find food above the high and closed snow cover. This needs to be taken into consideration when establishing these sites.

This management method has several biological impacts on deer: during wintertime in the Alps red deer enter a lower metabolic state due to closed snow cover and the shortage of food compared to the summer. They mostly consume food of arboreal origin (buds, bark, etc.) and seek places where they are protected from the cold and the elements and can find both water and food. They also move less, their rumen (the first section of the stomach) contracts, and their body temperature and heart rate fall slightly. This state they enter helps them survive the harsher months of the year with a lower need for food. However, animals fed during the winter do not enter this lower metabolic state.

Winter feeding decreases the impact of natural selection since it enhances the overall condition of the animals, which decreases mortality due to cold, food shortage and other biotic and abiotic factors. It also raises the number of born and raised calves. Due to this the calves are in a better overall physical condition. This also increases population numbers.

Since feeding increases the overall physical condition and body weight of the deer, it also has a positive impact on the antler development of stags both in size and quality.

Winter feeding and winter enclosures also have their threats which mainly originate from the fact that great numbers of deer are concentrated in a relatively small area and their movement is restricted.

As already mentioned, game damage in silviculture can easily occur around open feeding facilities especially if the feeding is not continuous and constant (for example, the road to the feeding spot is blocked or policies are changed to decrease the amount of feeding and, some sites get closed down as has happened recently around Bad Gastein).

Having a dense population in place also makes it easier for diseases to spread among individuals in the population, however, the situation also makes it possible for game managers to intervene, to monitor and treat the deer if necessary.

Another threat is the intrusion of predators. For instance, wolves or stray dogs. Due to this winter enclosures are required by law to have places where the animals are able to flee. These are usually spots where the ground is raised or the fence lowered so in the case of danger or disturbance deer can easily escape.

Since winter feeding increases the number of deer and causes the above mentioned changes to their biology, the population can easily become dependent on winter feeding.

However, experts agree that although Wintergatters are a fairly common method in some parts of Austria, they have to be used as the last possible method for helping deer to overwinter since it is a significant intervention in wildlife management. It is therefore only advised to use this method after proper habitat management measures have been taken and the number of animals have been decreased to a level which meets the capacity of the given habitat.

Every game management method has to be well thought through before implementation. One has to consider whether it is necessary, what the alternatives are, what kind of ecological, economical and other impacts it can have and after the decision has been made to implement it, it has to be managed correctly.

Game managers have a huge responsibility since their subject of management is of great biological, ecological and also economical value.

Tell us your thoughts on using the Wintergatter method in our https://www.facebook.com/HAMSUnitedKingdom/ feed!

(Photo by Anthony from Pexels)